0
was successfully added to your cart.

By Rapid AidNovember 7, 2016News and Events 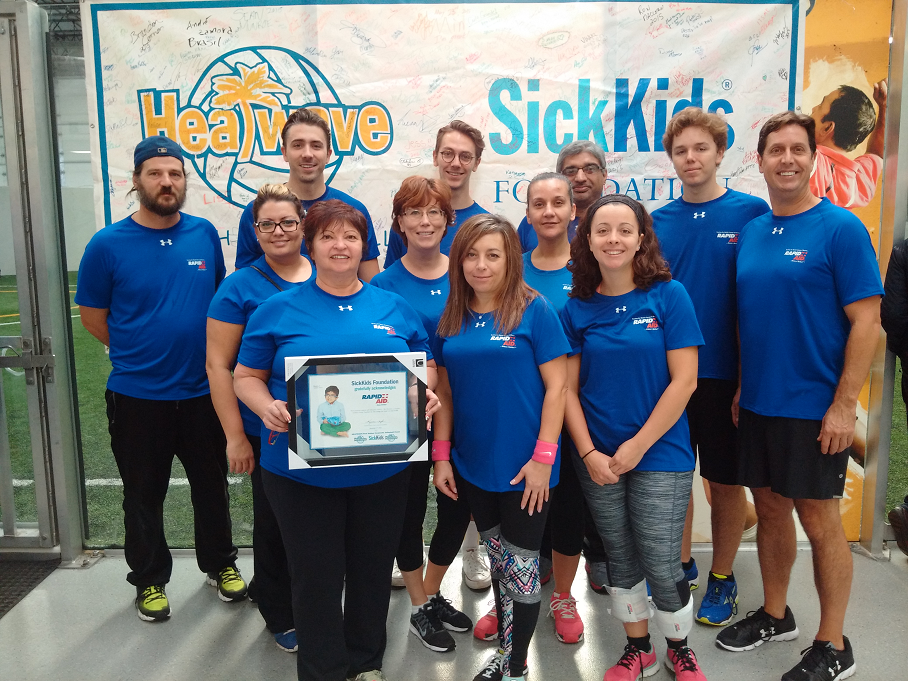 The Rapid Aid Canada team had a blast at the 2016 Heatwave Charity Volleyball Tournament over the weekend! Our company worked hard in our fundraising efforts, with all proceeds going to The Hospital for Sick Children (also known as SickKids), a major pediatric hospital serving the Greater Toronto Area.

We also donated several cases of instant cold packs to the tournament organizers, which were applied liberally – not only to treat bumps and bruises, but to cool down the players as well! This is the third year that we have competed in the Heatwave tournament – can’t wait to get back on the courts in 2017!